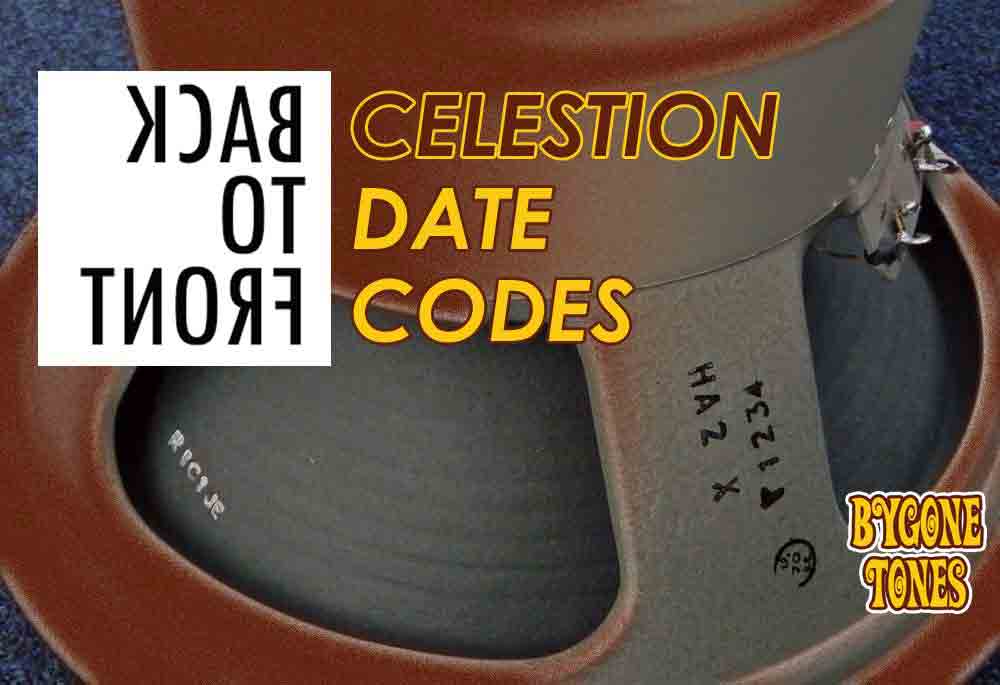 Celestion occasionally printed their date codes with the month and year back to front by mistake. Eg ‘HA2’ instead of ‘AH2’ for 2nd Jan 1975. A simple typo but it can be very misleading.

Year by year Celestion made small changes to their speakers, so an easy way to verify the date code is just to look at the visible features of the speaker. The most obvious ones being:

If you can familiarise yourself with the transition periods for these details you will find it a lot easier to date your speakers accurately. My blog post ‘How To Date Vintage Celestion Greenbacks – without using a date chart’ has all the information you need, and I’ll be referring to it throughout this post.

Celestion were mainly only using the cream coloured magnet covers from spring 1974 to mid 1975. So this is a really easy way to date your speakers. 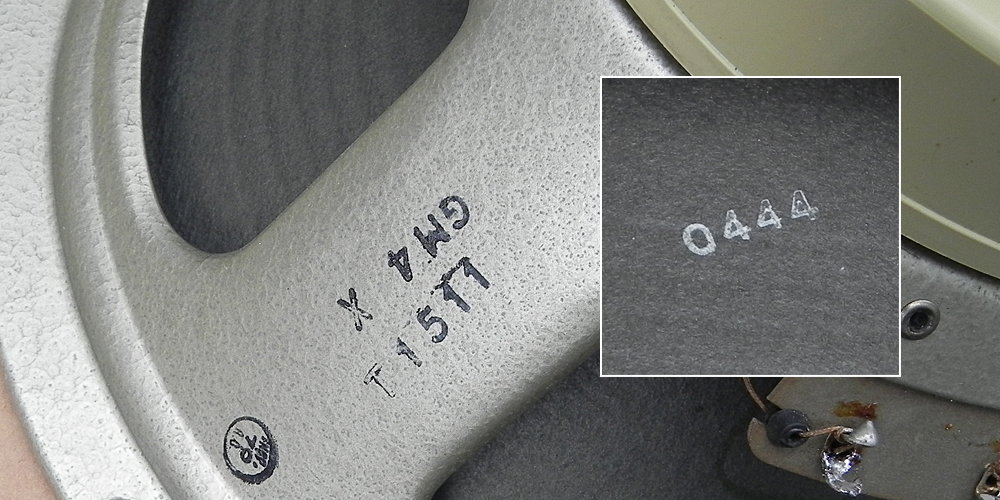 Some of the visible features that indicate this are:

…and there are a few more smaller details that I won’t bore you with.

This stuff might sound complicated but it really isn’t, once you become a bit more familiar with the little changes Celestion made through the years.

Thankfully, most pre-rola speakers do not have back to front Celestion date codes, however watch out for them around late 69, this seems to be a bit of a hotspot for them. 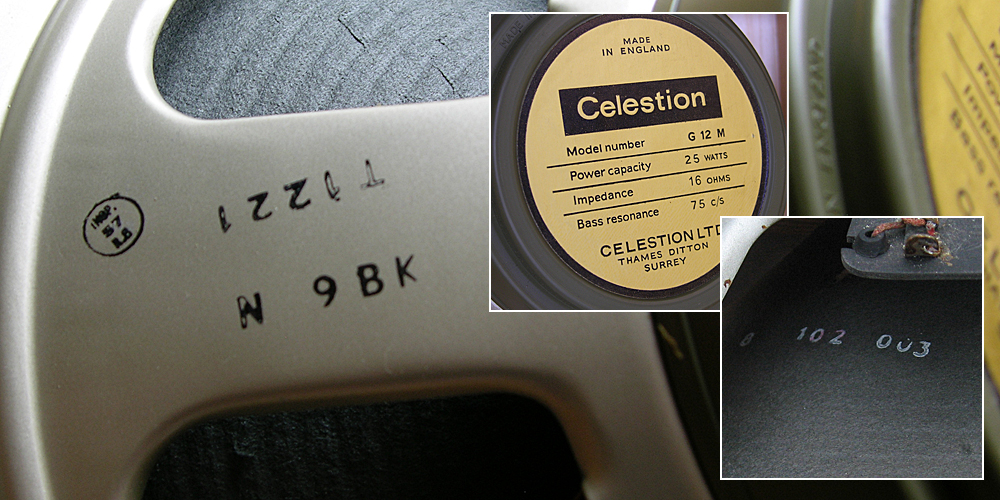 We know the speaker is from 1969 just by the general appearance of it. Here are a few of the main indicators:

Feb 1977 would be a very different looking speaker – a ‘blackback’ with a Rola Ipswich label, and a ‘1777’ stamped Kurt Mueller cone.

Another common date code to find is the ‘EF’ stamp. It appears to be May 1973 but is actually June 1972 and should be printed ‘FE’. 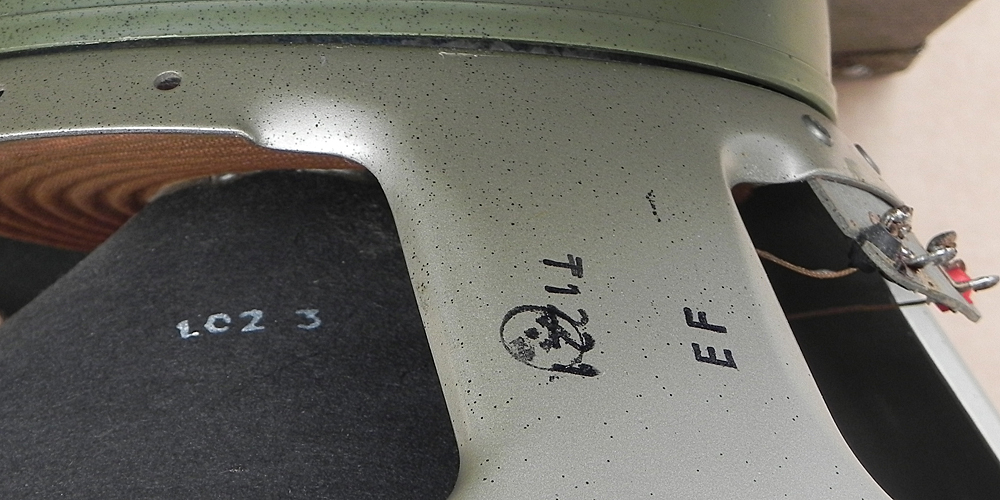 For direct comparison here is a typical greenback speaker from mid 1973. Spot the difference. 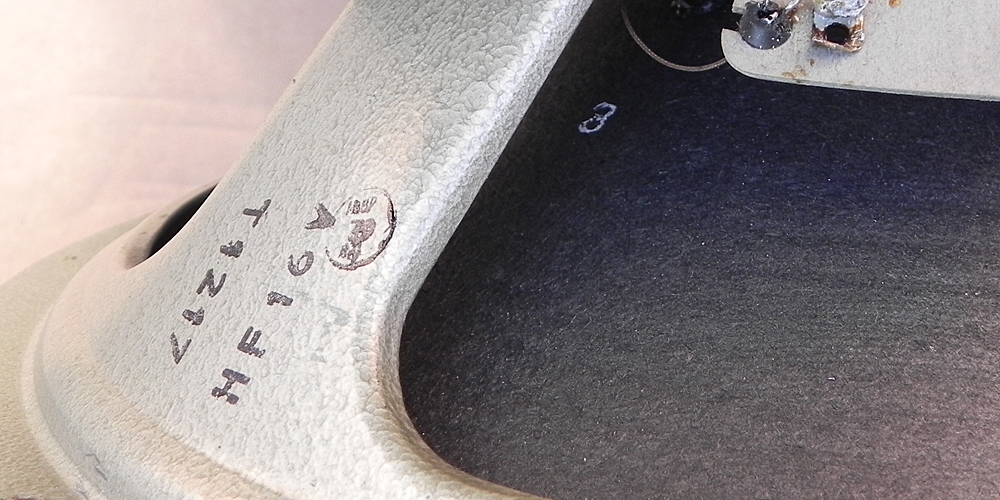